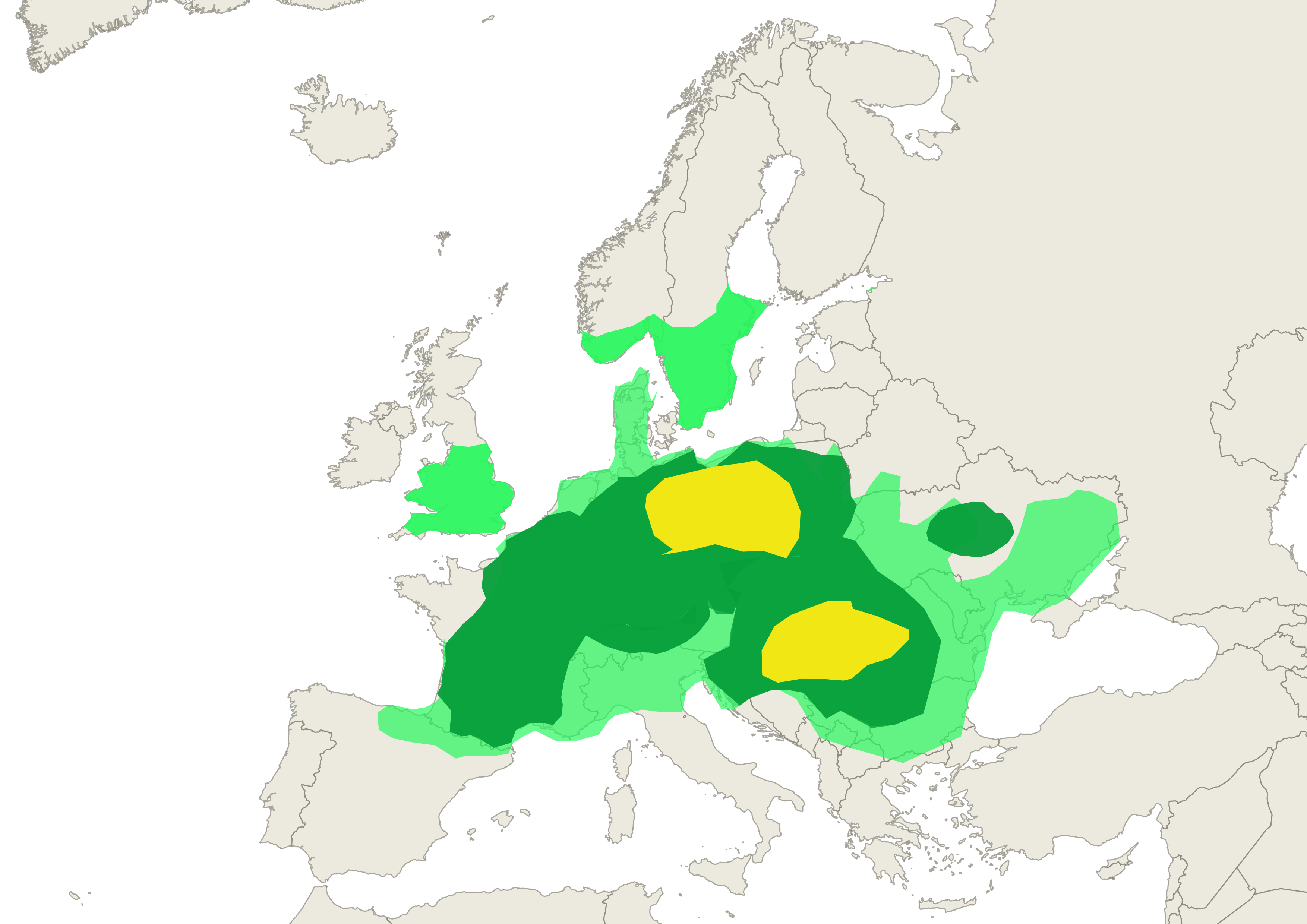 This blog presents a map for how we at Airmine believe hazel pollen levels will be in Europe ten days from today. Our starting point is an overview over how the pollen levels are today (February 14th, 2020), see the map below.

The map is created from the latest national pollen counts in countries where such counting is on-going. Many countries do not count pollen during the winter and have not yet resumed counting. For the countries where recent pollen counts are not available, we have assumed that the level is more or less similar to what it has been historically, using averages for the last 10-15 years.

As we can see, Northern France sees the highest level of hazel pollen for the moment, but the season has started in many countries.

Outdoor temperature is largely determining when the pollen season starts and how it develops after the onset. To predict how it will be ten days from now (e.g. on February 24th), we are looking at how the temperature normally will develop (historical averages) and whether the next days will be warmer or colder than normal.

As we can see from the map, during the next ten days temperatures in Baltikum, Denmark, Sweden and the coast of Norway will be much higher than normal. Hence, in these areas the level of hazel pollen is likely to increase faster than what it would do in a normal year. While in the UK, Switzerland and south of Italy, pollen will develop as in a normal year.

Based on the temperature forecasts and current pollen levels, we predict that ten days from now, on February 24th, hazel pollen levels across Europe will be as illustrated in the map below.

As we can see, the pollen front (onset of the season) has moved north-eastwards. Although levels will still be high in France, the highest level will likely be in the East of Germany and on the border between Austria and Hungary. While in the UK, the season for hazel pollen might already have peaked and is likely to fade somewhat over the next ten days.

We are currently diving into pollen research and modelling and are publishing updates regularly. You may be interested in some of our previous posts:  Kick-off for the European pollen season, How the birch pollen front moves through Europe.